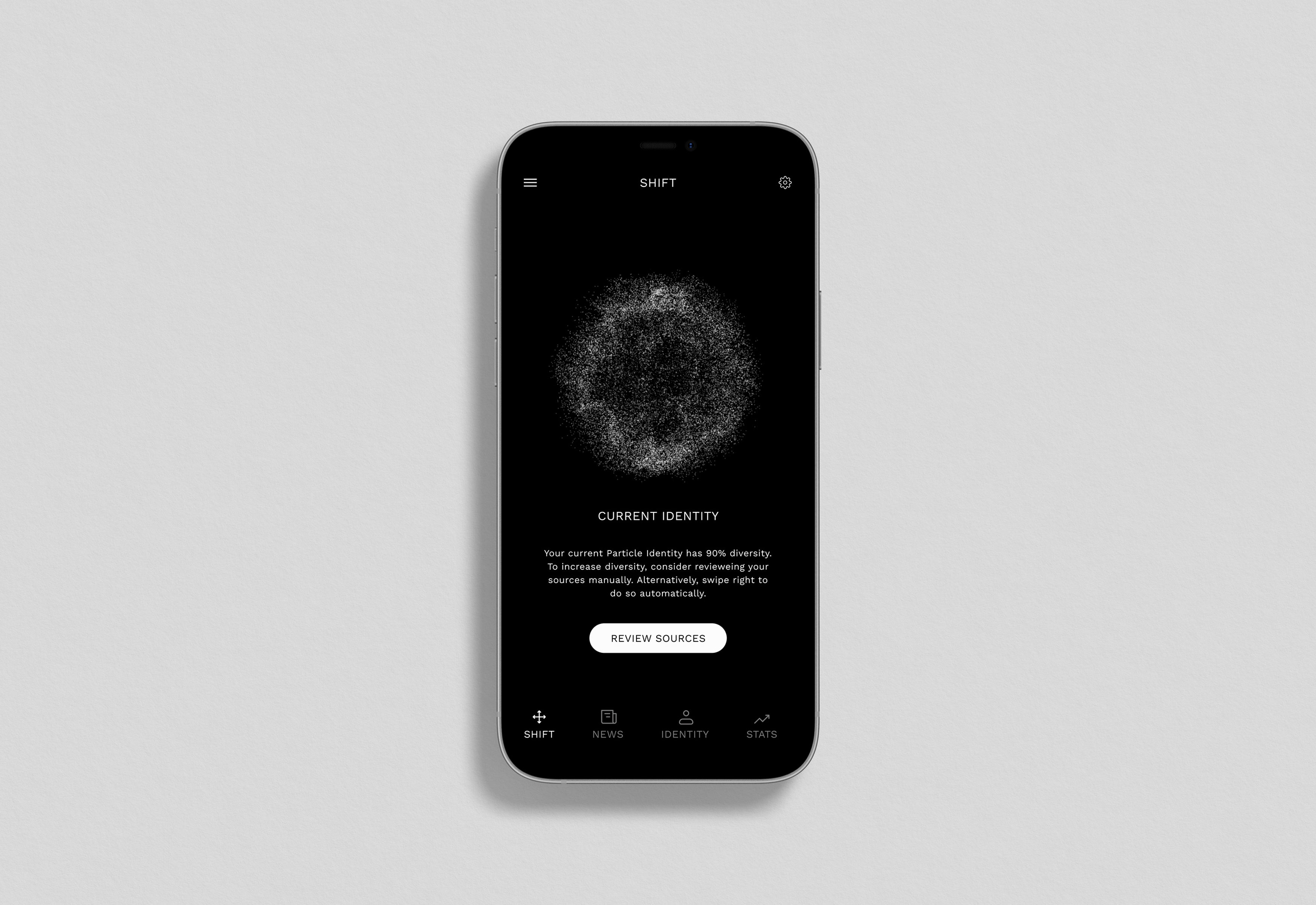 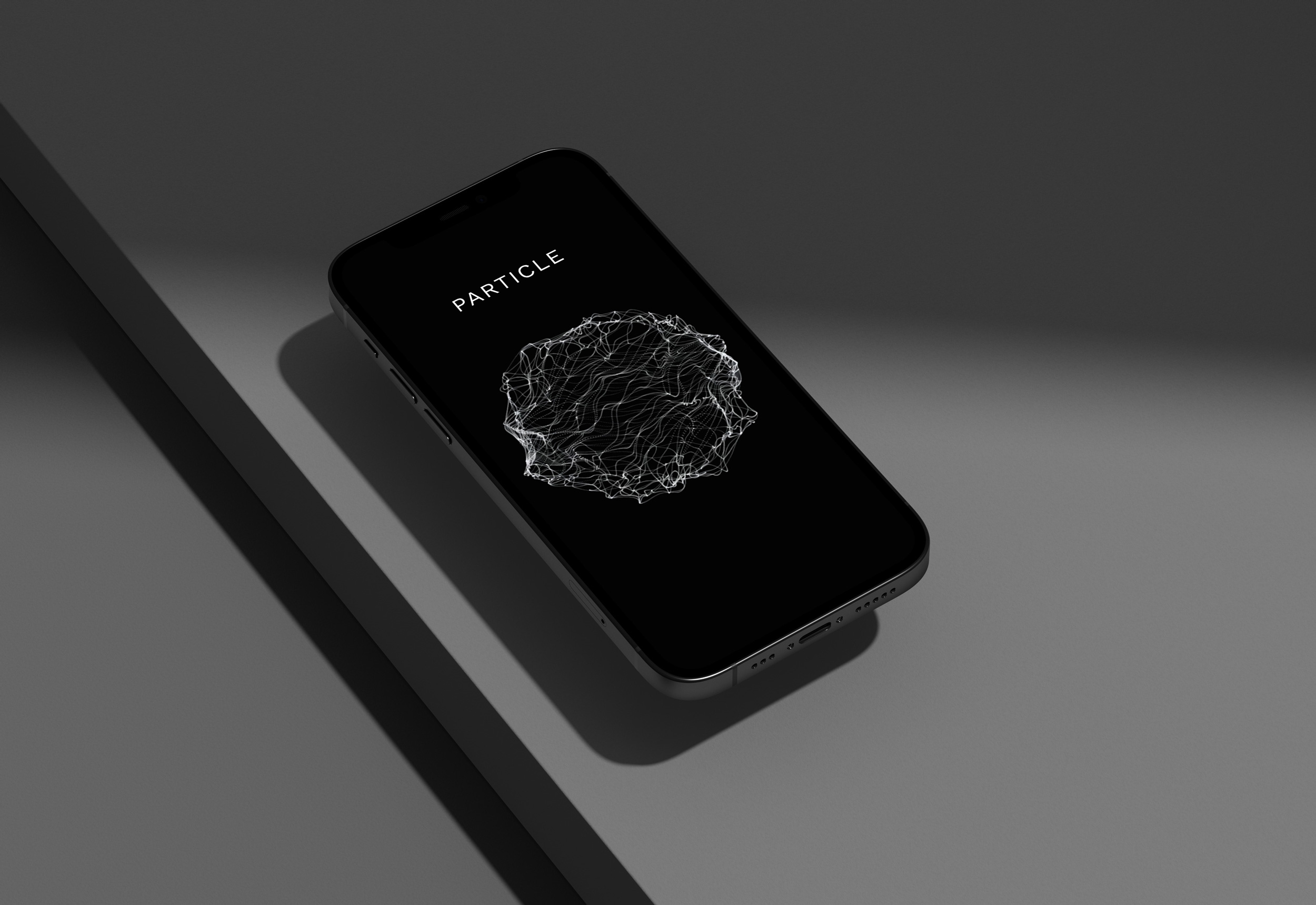 In April 2020, The New York Times technology columnist Kevin Roose launched a podcast series titled ‘Rabbit Hole’ in which he investigated the potential for online material to affect the personality and identity of individuals. Describing this, Roose stated:

"In the past few years, internet culture has emerged not just as a nerdy subculture, but as mass culture itself. And our reliance on the internet as a primary source of information, entertainment, and community seems to be changing the ways we talk, the things we enjoy, and the sources we trust. I’ve started calling this sensation “machine drift,” and I feel it every day. Especially now, when millions are stuck inside during a pandemic, the question of how our personalities and preferences are being shaped by our digital surroundings seems more pressing than ever."

Prior to the podcast, Roose released an investigative article that exemplifies this 'machine drift' in real time. Titled "The Making of a YouTube Radical", the article follows the journey of a young American man named Caleb Cain who claimed to have been radicalised by the alt-right online.

Succumbing to YouTube’s highly sophisticated algorithms and seemingly never-ending swathes of recommended content, Cain described this experience as having affected the "core elements" of his identity, finding both his political and societal views had been altered in the process. 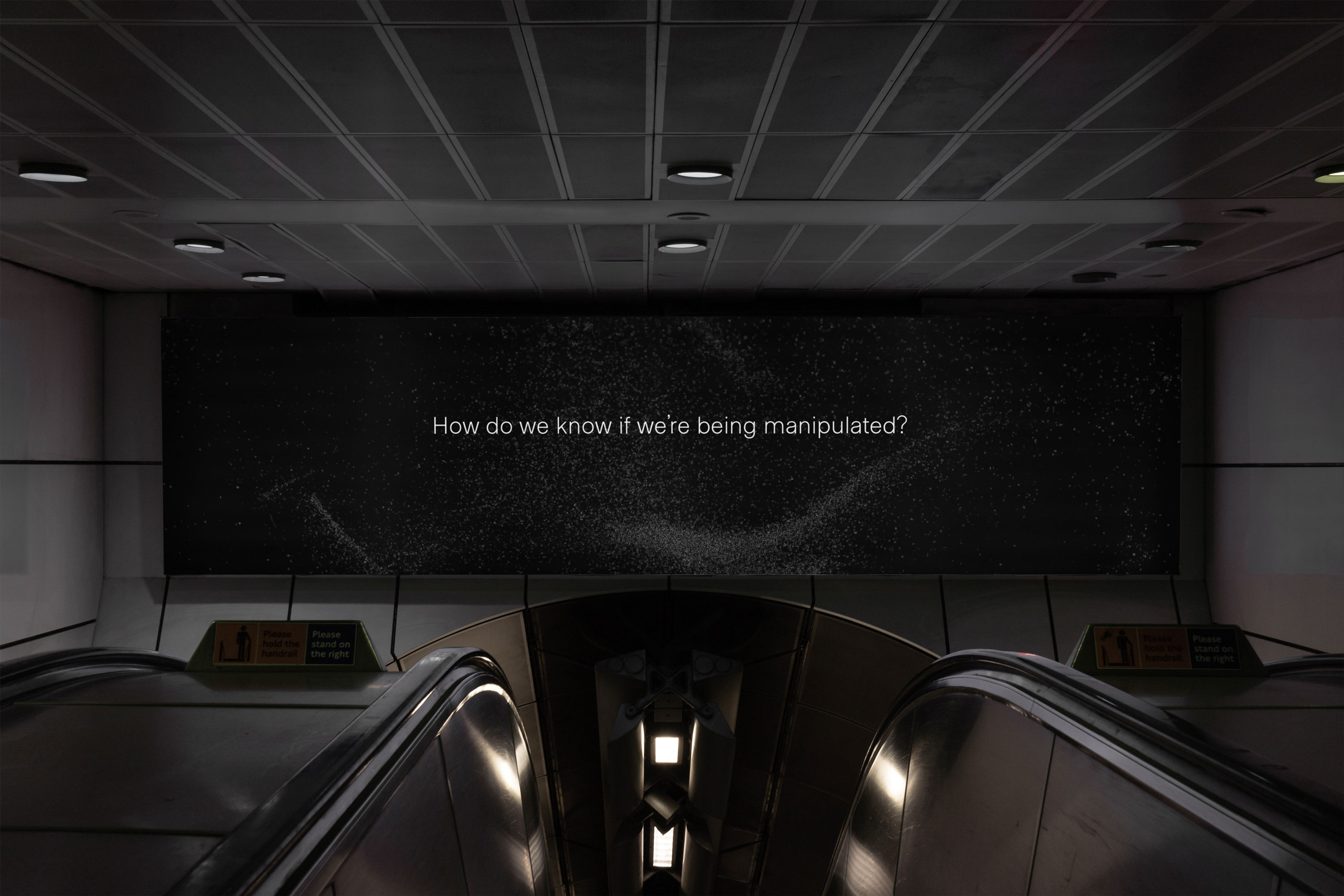 After four years deep within this algorithmic cycle, Cain happened upon a video that featured a discussion between a prominent far-right figure and a YouTube content creator with strong left-wing political views. The discussion in the video became a turning point; expecting to see another video that would embolden Cain’s views, they instead had been questioned. Cain had happened upon an opportunity to see how polarised his opinions of the world had become—a process of realisation that sparked the gradual bursting of his filter bubble.

"I realised that this wasn’t an isolated thing. I was influencing the world, trying to convince friends, family, I realised the part I played in it. It’s going beyond internet and affecting the real world." 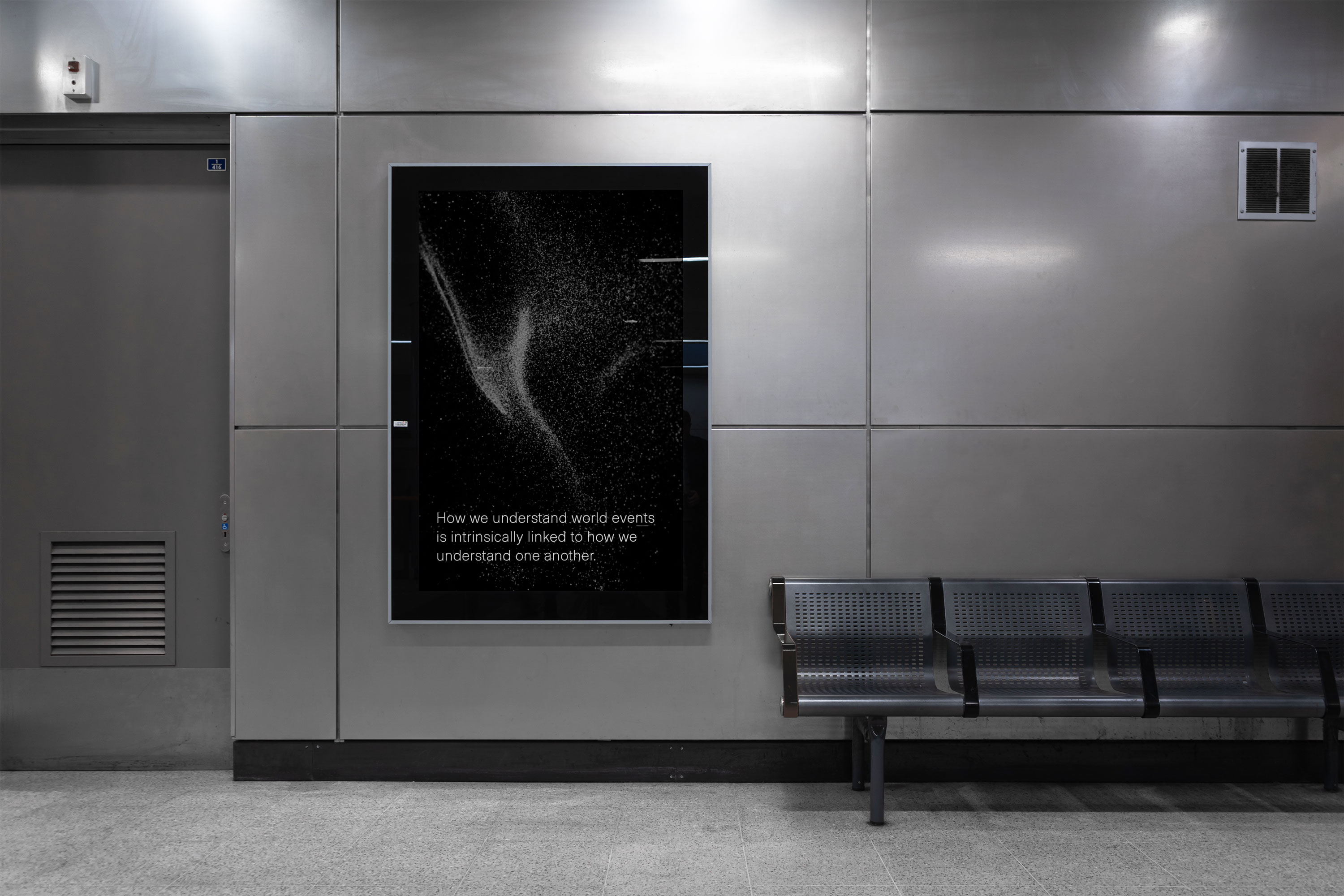 Particle is a news aggregator that simultaneously presents a visualised version of our algorithmic identity, encouraging us to question how our decisions online may take effect within our real-world views.

The Particle Identity is the primary component of the application. Amorphous in shape, every iteration is unique to each user and provides an immediate visual connection to their digital self. Taking inspiration from our most unique facets such as a fingerprint or DNA structure, the unique shape aims to serve as a virtual connection, forming a symbiosis between the digital and physical self.

In a fully coalesced form, the identity visually resembles a spherical web of connected threads, referencing an abstract filter bubble that signals to the user that they may be experiencing a lack of diversity. Overtime, the user will be encouraged to diversify their information sources—a gradual action that will be visually evident by the gradual dispersion of their 'filter bubble'. 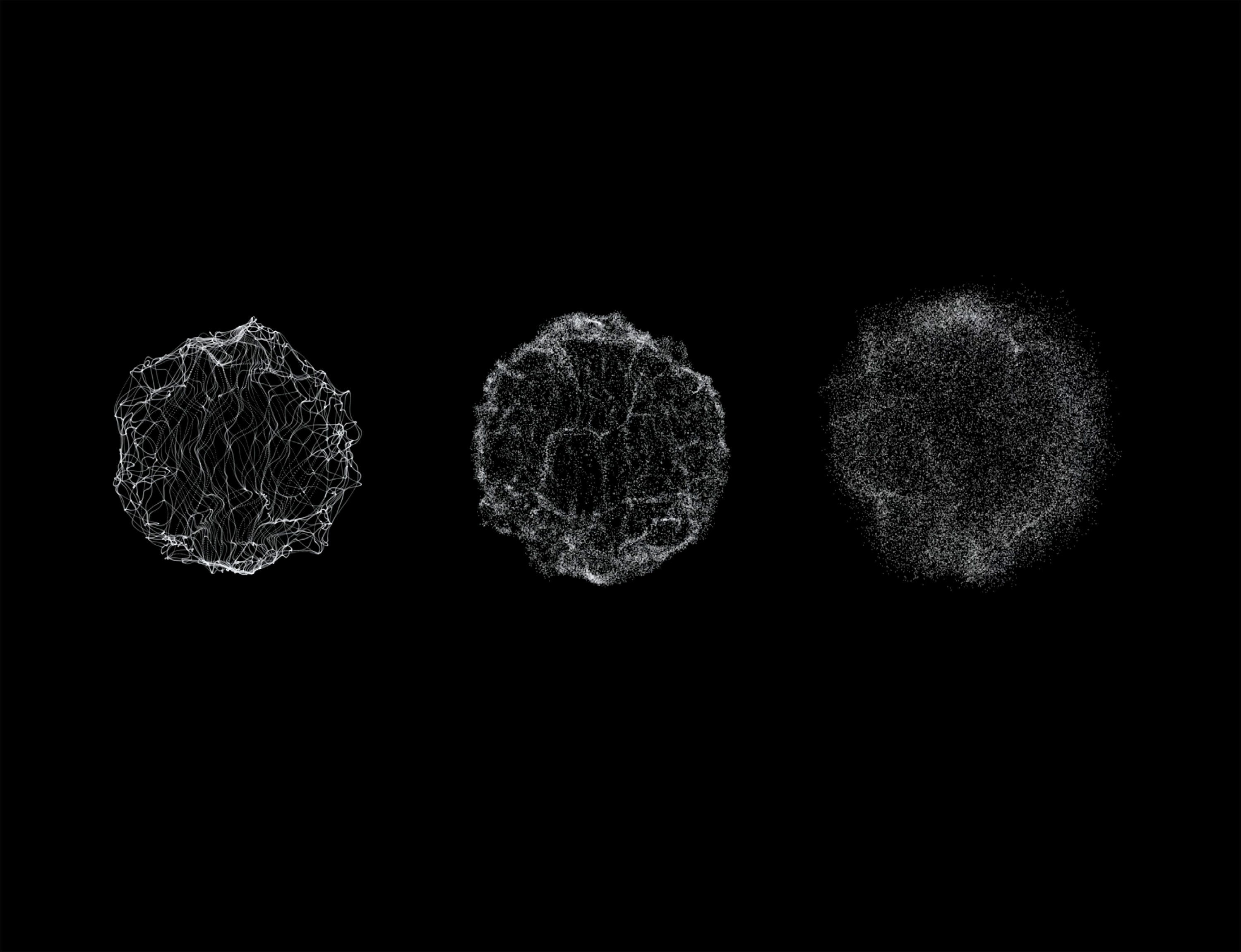 Similarly, a 2020 study by Pew Research Center found that one in five Americans now mainly source their news from social media and, in doing so, were more likely to succumb to false information and conspiracy theories.

Considering this, creating digital products and tools for self-reflection could have a considerably positive impact. Particle is designed to do just that — affording users an accessible way to monitor and understand their information consumption habits, encouraging users to cultivate awareness of diversity in sources.

"Grievances, anxieties, conspiracies and group think all travel faster through the internet than efforts to counter them can travel through parliament and policies."

— Fiona Hill, There Is Nothing For You Here 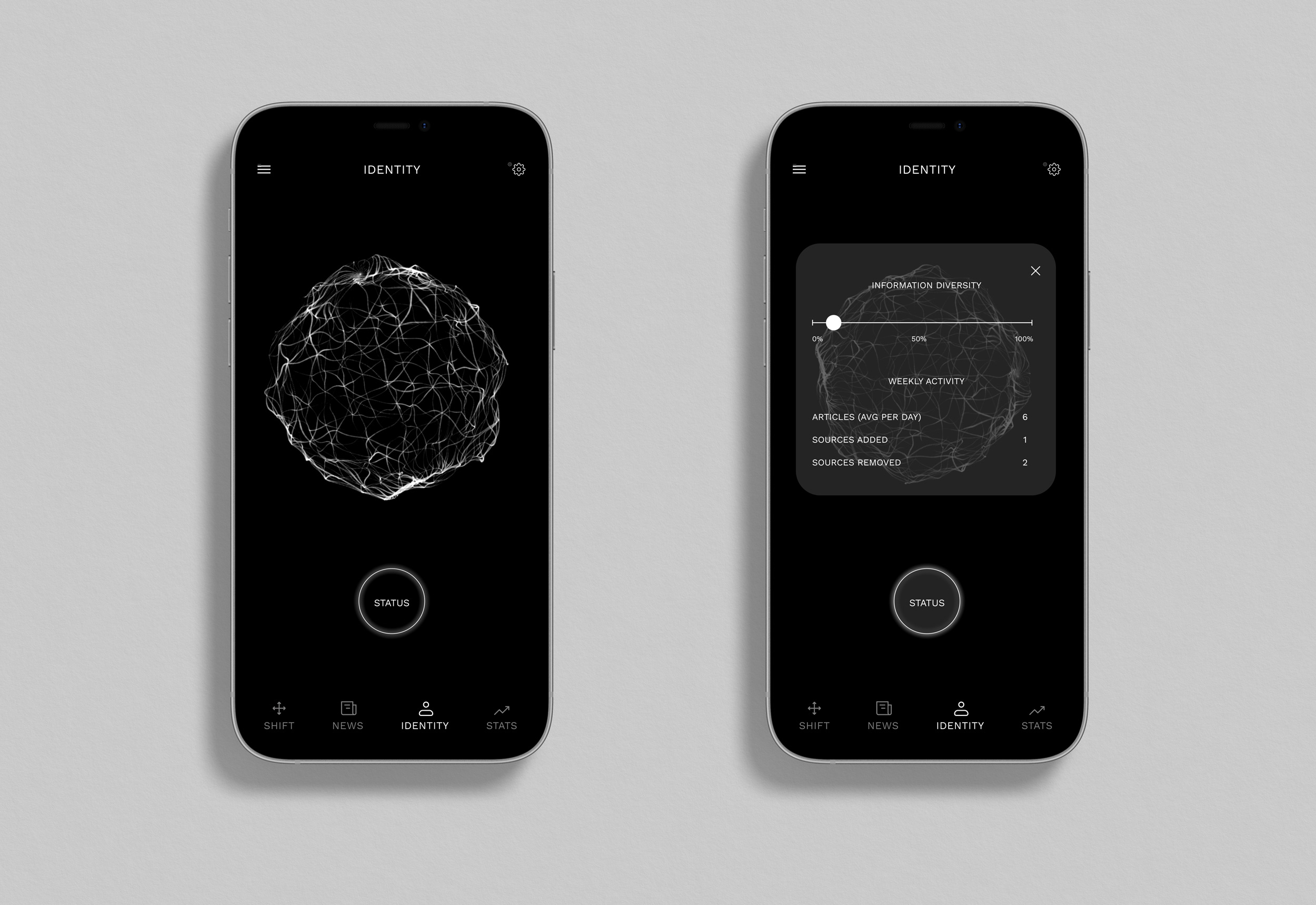 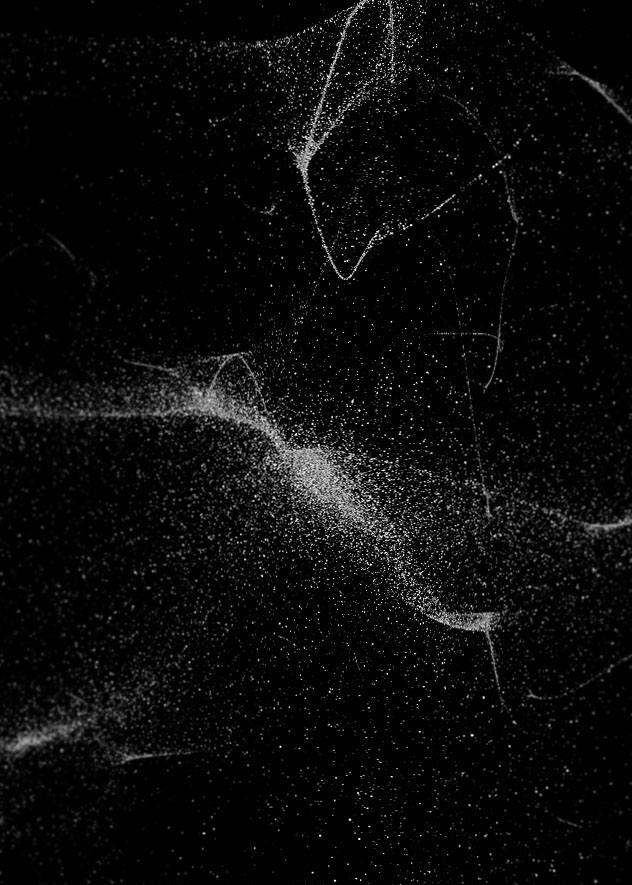 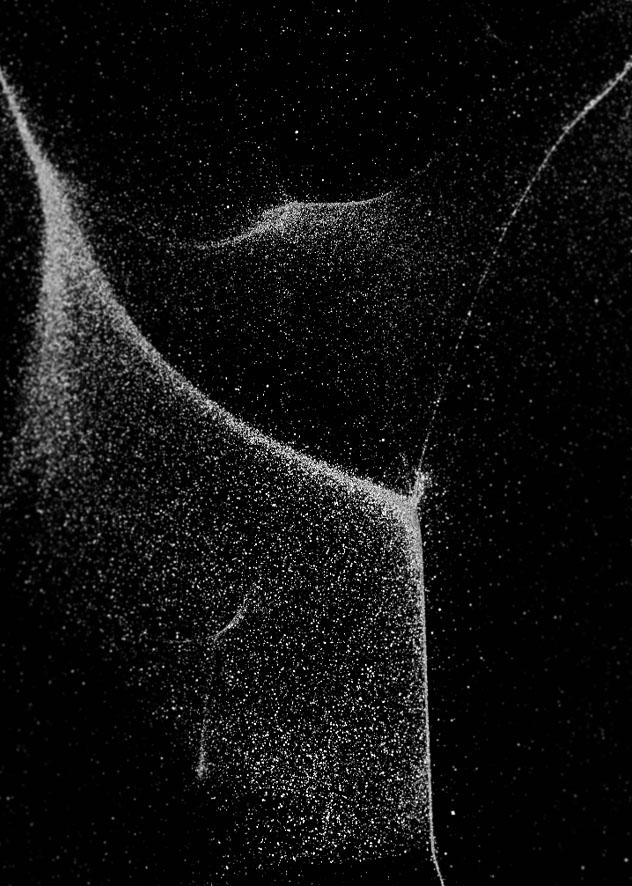 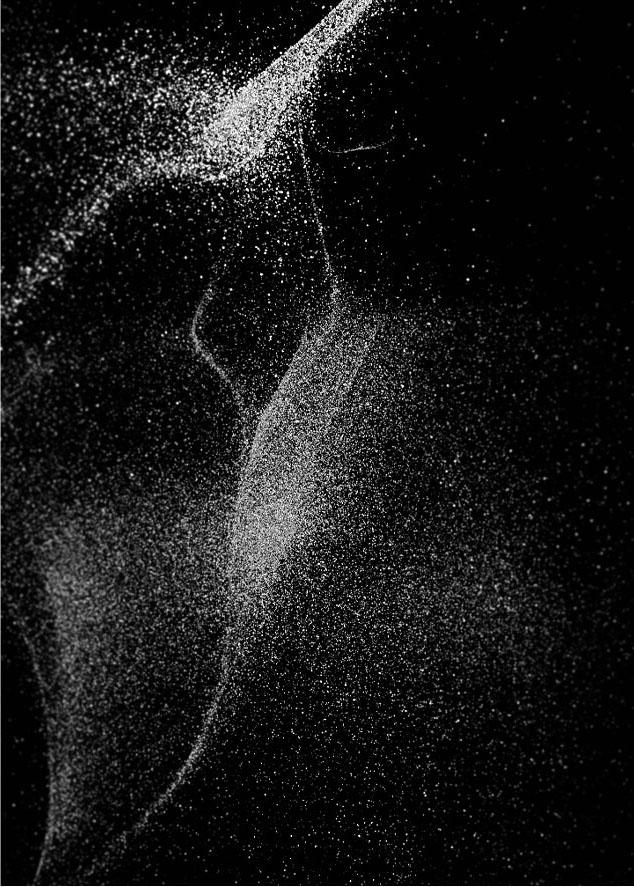 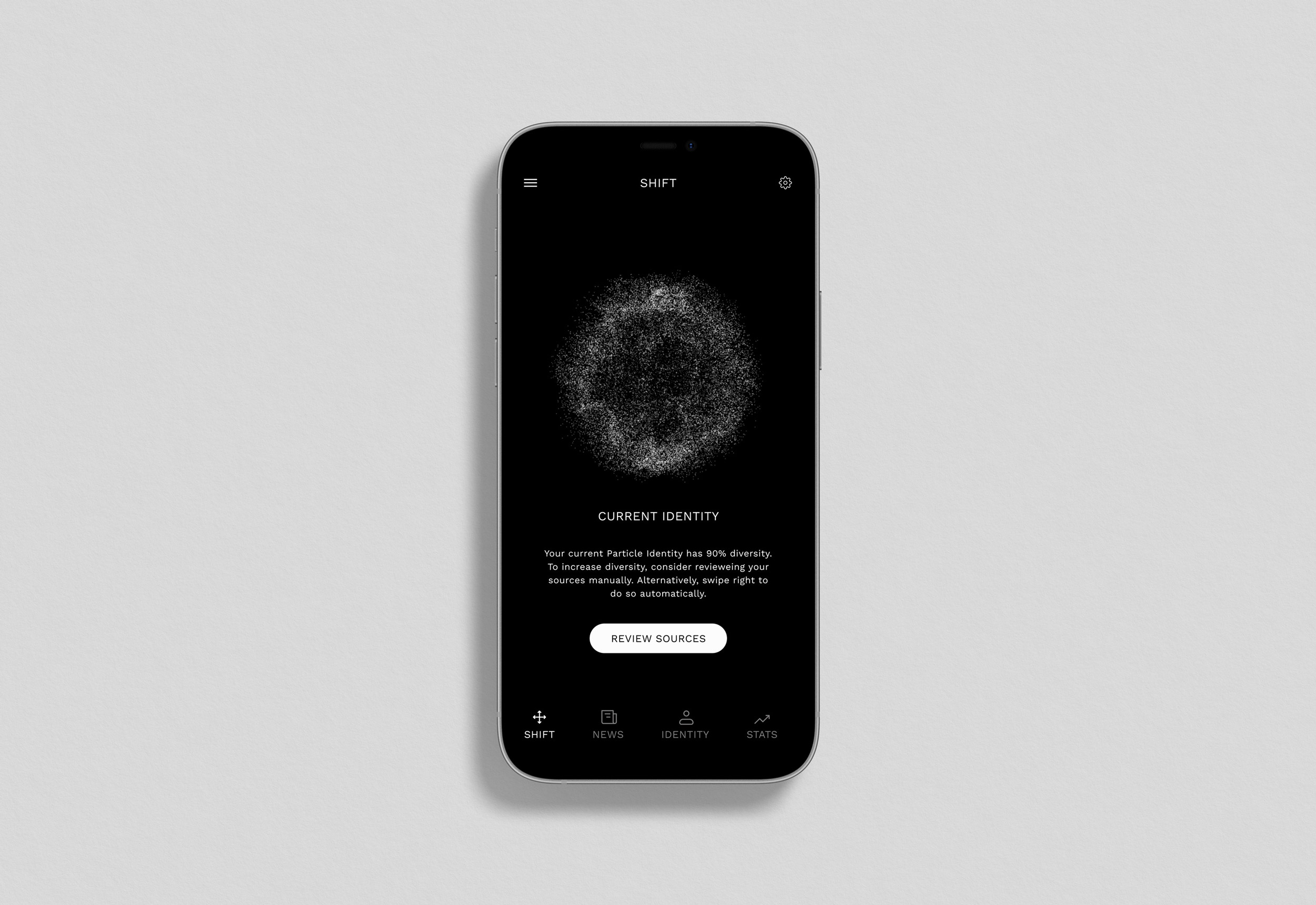 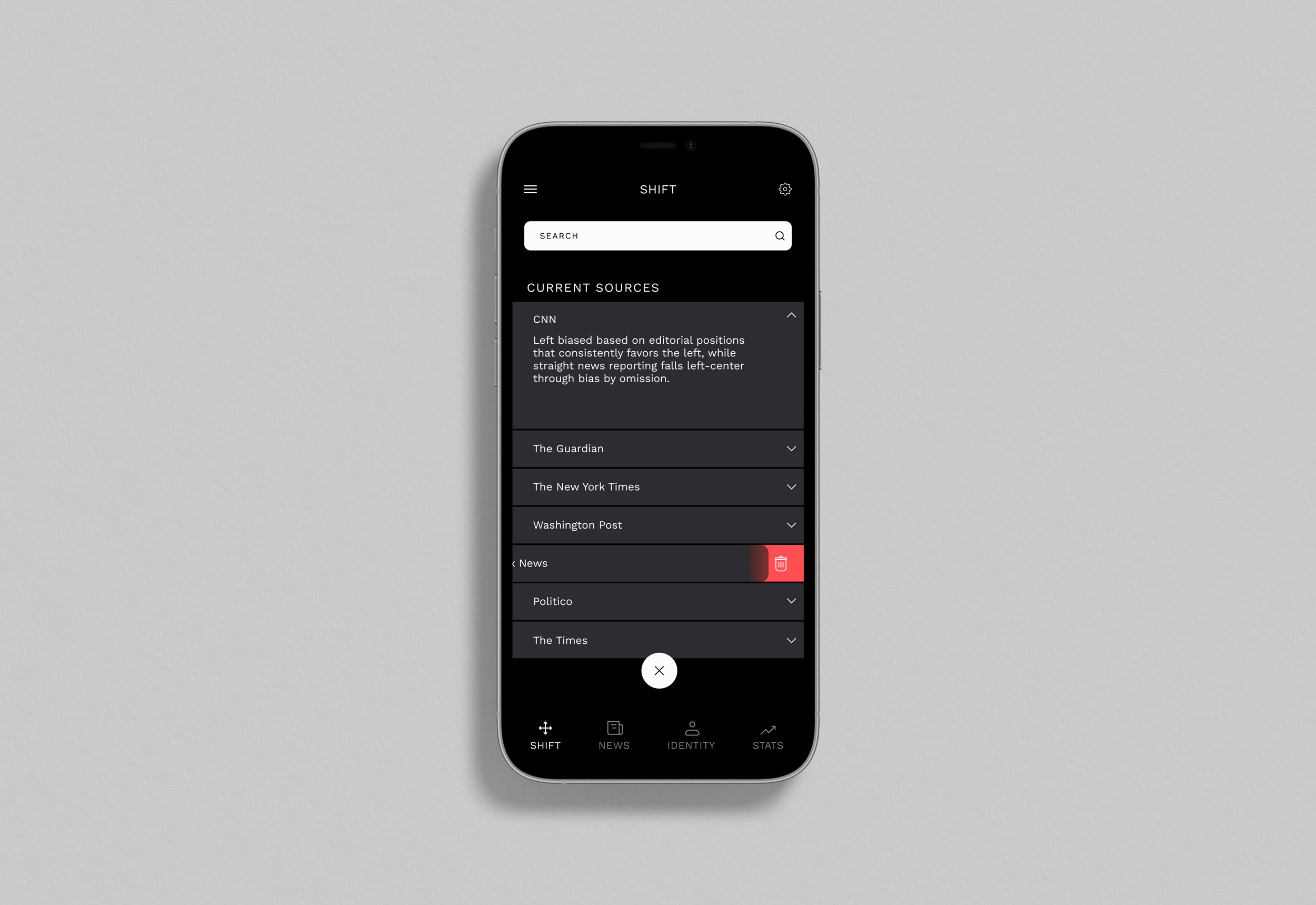 The UI has been designed to provide neutrality, removing any recognisable fonts, logos, or colours from specific news providers to allow for minimal distraction. While using the app, individuals can review and update their level of information diversity, encouraging continued engagement and awareness to review sources they frequently return to. 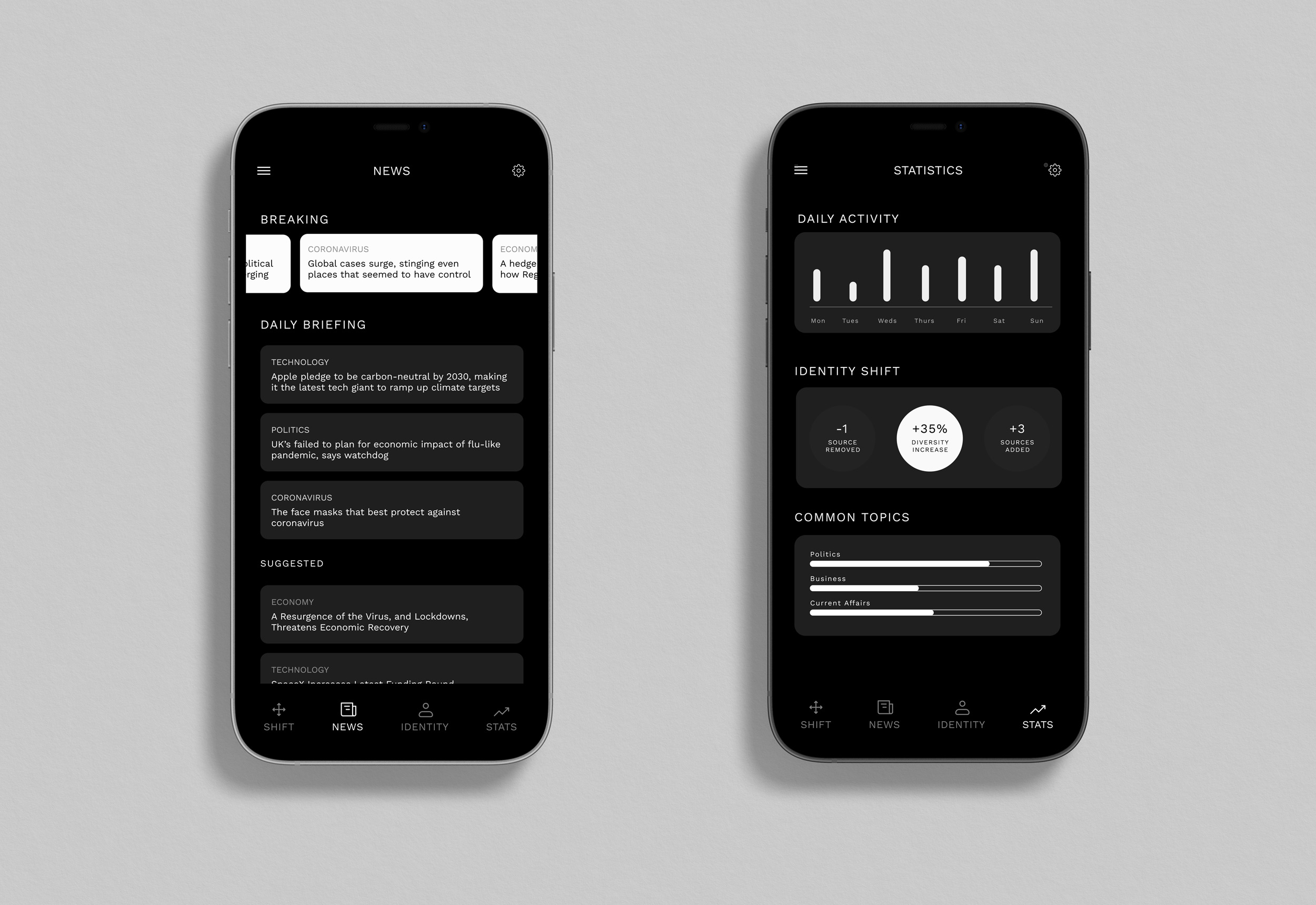 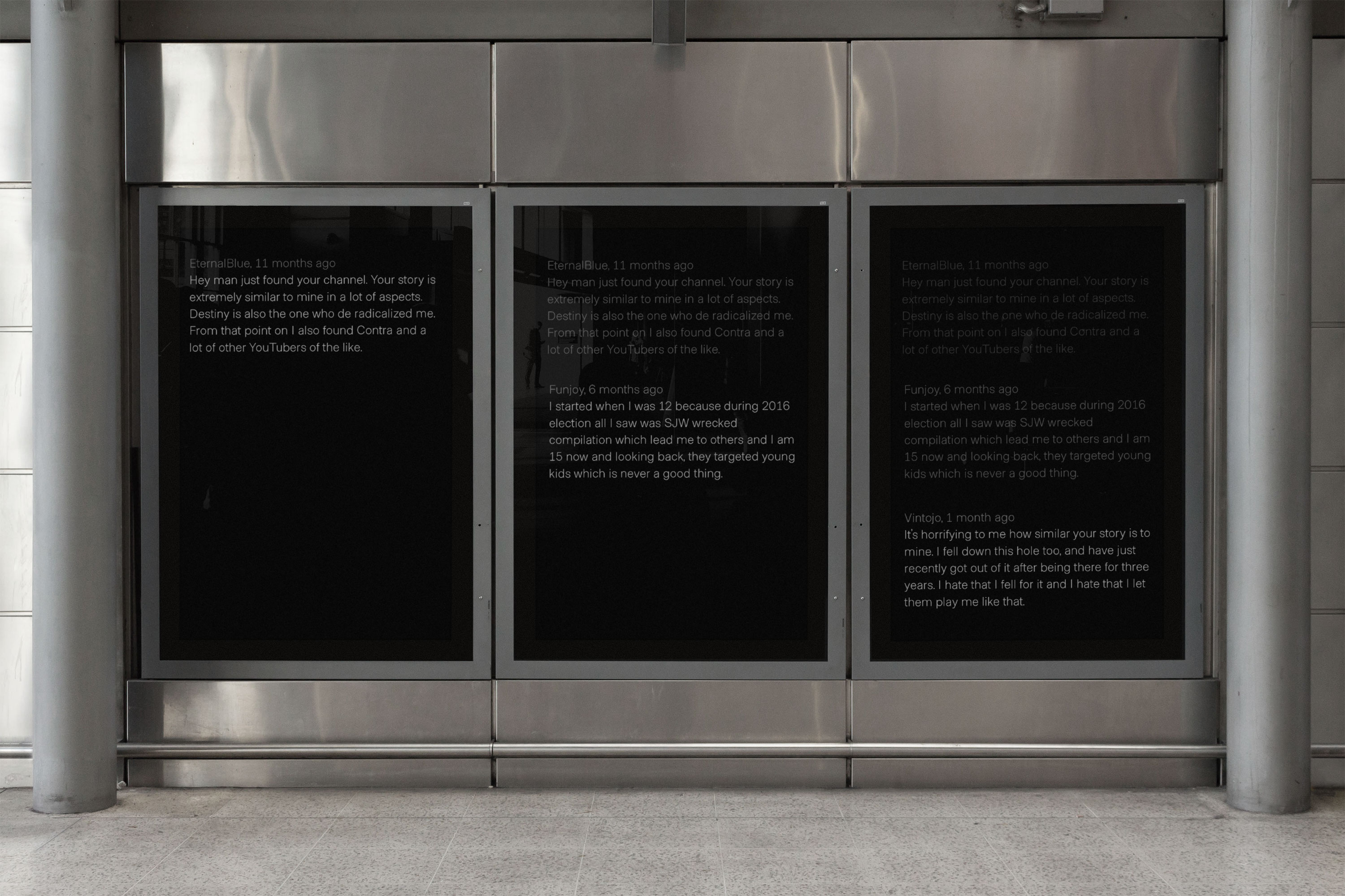